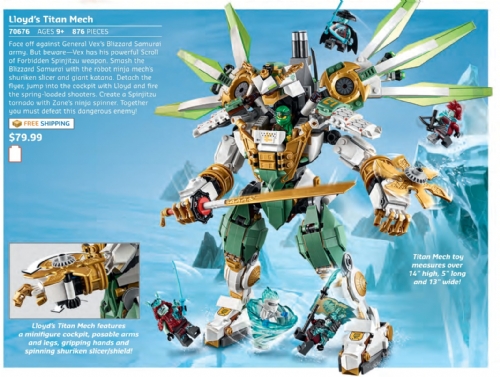 Role-play an epic battle between Blizzard Samurai and ninja action figures with LEGO® NINJAGO® 70676 Lloyd's Titan Mech. This highly posable robot ninja mech toy for kids features a minifigure cockpit, gripping hand to hold a giant katana, spinning shuriken slicer/shield and a detachable flyer with minifigure driver's seat, adjustable wings and 2 spring-loaded shooters. Children will love recreating scenes from the NINJAGO TV show and dreaming up their own ninja fighting games with 6 minifigures and lots of cool weapons and accessory elements, including the Scroll of Forbidden Spinjitzu weapon and the new-for-June-2019 tornado spinner toy of Zane FS. Give any LEGO builder an amazing building experience with Instructions PLUS, available in the LEGO Life app for smartphones and tablets. The easy-to-use, intuitive building instructions let them zoom, rotate and visualize their creation using the special ghost mode as they go. Instructions PLUS is also great for younger builders, guiding them through the building process for a greater sense of independence and achievement.

This hot Harry Potter™ toy features a posable Hungarian Horntail dragon with flames in its mouth and movable limbs and wings, plus a buildable opening tent for the champions to wait their turn in the Triwizard Tournament, as seen in the Harry Potter and the Goblet of Fire™ movie. All characters have wands, and inside the tent is a bed, 2 cups, a small shelf and potion bottle. 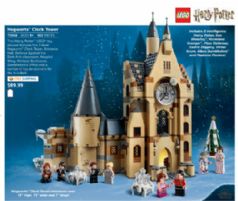 Iincludes Harry's wand to cast the Expecto Patronum spell, as used in the Harry Potter™ and the Prisoner of Azkaban™ movie 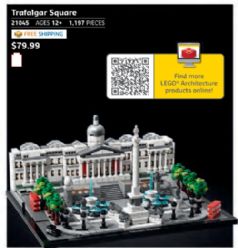 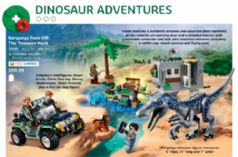 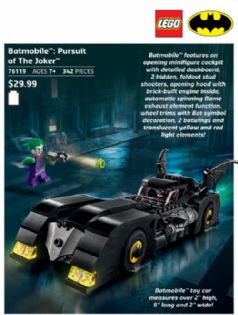 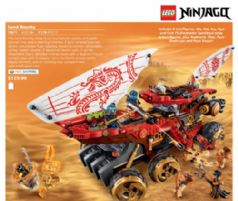 This building set for kids features 3 buildings: a drive-through car wash with hose and bucket, a toy garage with car lift and a gas station pump with flexible hose. 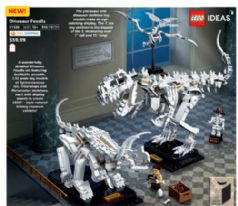 This 910 piece puzzle set includes an instruction booklet with fascinating facts about T.rex, Triceratops and Pteranodon 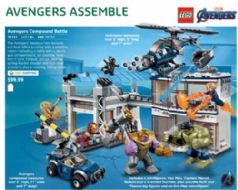 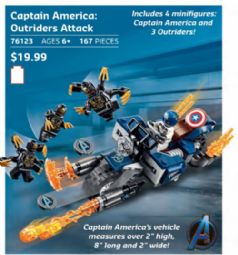 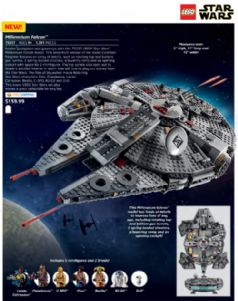 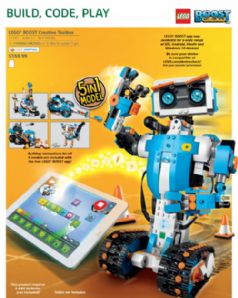 Includes a LEGO® Motorized Hub, additional Motor and a Color & Distance Sensor, plus more than 840 LEGO pieces for building and rebuilding any of 5 multifunctional models. 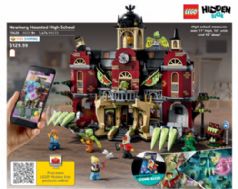 This school toy features a lot of fun play-starters, including a hidden chamber, bus station out front, computer lab, library, bathroom, chemistry room and bell tower. The entire school can change from normal to haunted. 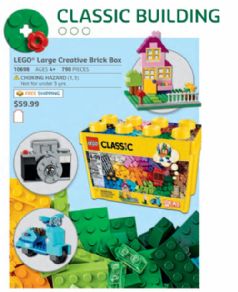 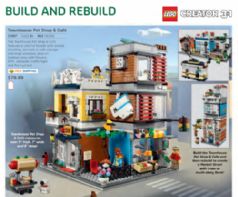 Enjoy 3 building opportunities with this LEGO® Creator 3in1 playset. Build the Townhouse Pet Shop and Café and then rebuild to create a multi-story Bank or Market Street with tram. 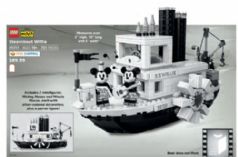